Jillian Clare of Alien Abduction talks to The Shadow Over Portland! 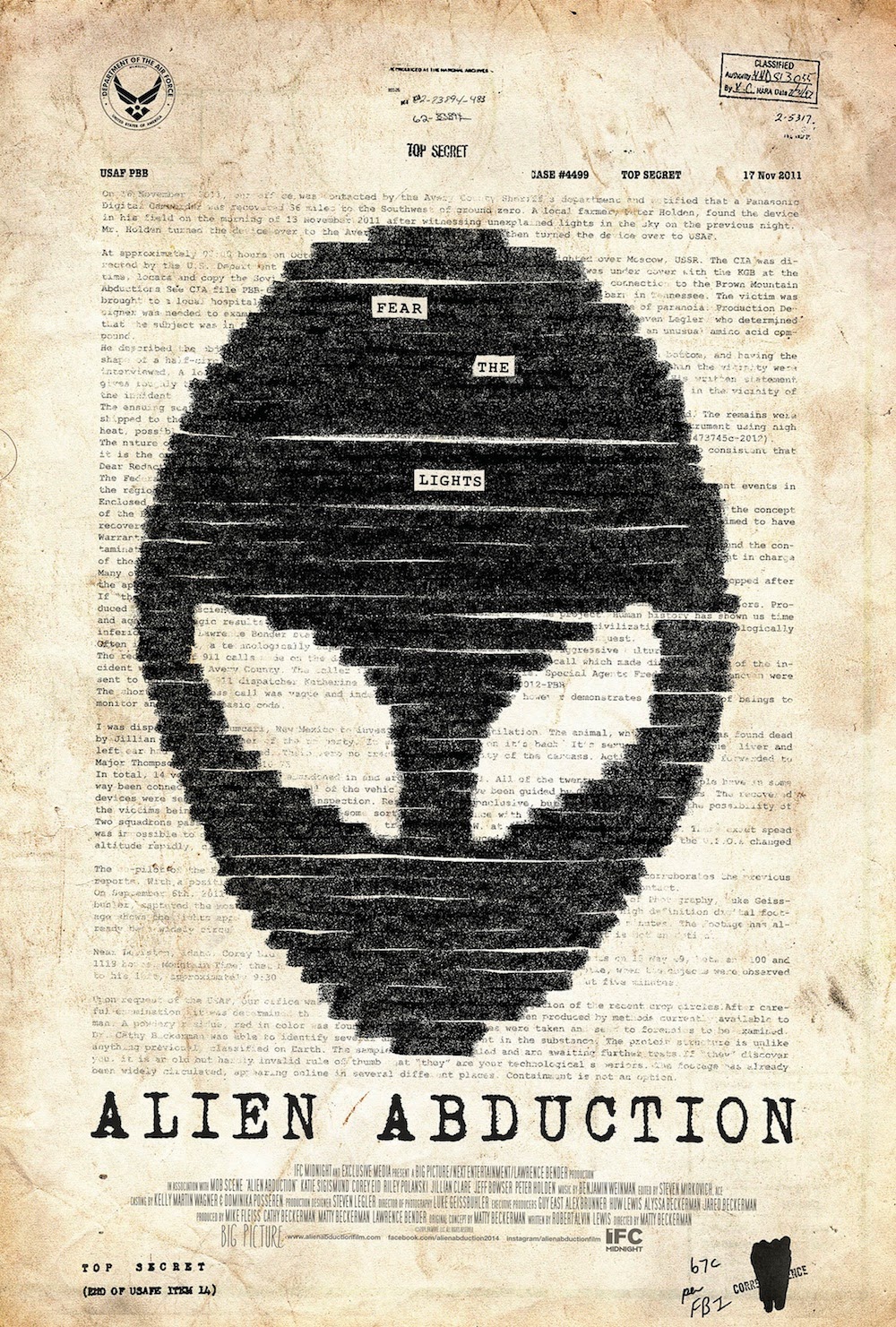 Alien Abduction, a sci fi/horror found footage film, screens this Friday, May 2 at 10 pm, at The Clinton Street Theater, part of the IFC Midnight series of films screening over the next few months.  I was lucky enough to get Jillian Clare, who appears in the film and will be at the screening, to answer a few questions via email.

The Shadow Over Portland: Can you tell me about Alien Abduction, and your character in the movie?
Jillian Clare: Alien Abduction is a film about a family who is on vacation in the Brown Mountains and get caught in a fight for survival against aliens.  I play Jillian Morris.  The character is actually pretty close to me.  Because it is a found footage film, the director and producers really went for people who were the characters.  They even changed our character names to our real names!!!   I'd say the only difference between me and the character is that I don't have brothers in real life.  So that was a fun element for me to add in.  I've never really experienced that type of sibling bickering/love. 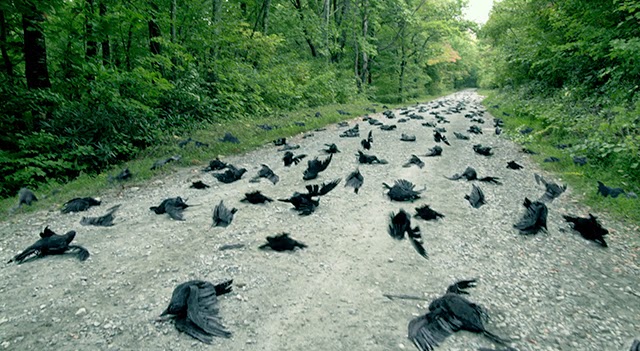 
TSOP: This appears to be one of your first ventures into the sci fi and horror genre.  Was acting in a genre film different from your previous film roles?
For me, it wasn't much different.  Every role I do is just me in different circumstances.  I didn't really go into it thinking of it being a certain type of genre film.  It was just me being truthful and reacting to the given circumstances….which in this case, just happened to be aliens. 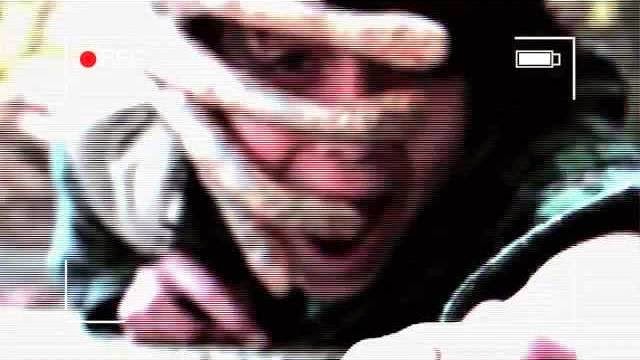 I assume things don't end well in this film
TSOP: Your IMDb page includes a horror/comedy TV series called Acting Dead, about zombies working as actors in zombie movies.   I found the Indiegogo page for the show and it appears funding wasn’t reached, however, IMDb claims the season was completed.  I have to admit, the basic storyline sounds fun and, from what I’ve been able to gather, you got to play a zombie.  What was it like playing a zombie struggling to make it in Hollywood?  And where, or when, can zombie fans see the show?
JC: I'm actually not a zombie!!!  My co-star Brian Beacock is a zombie!  My character Alex went to have the "zombification procedure" performed and as they say in the show, she was "over-cooked" and therefore, died.  So, I'm actually a ghost!!  Which is surprising for most people to find out!!!  The show just started airing!  We currently have 2 episodes out!!  You can go to the site actingdead.com for more information.  It's currently airing on jts.tv !

TSOP: Any plans to return to genre films?
JC: I shot another horror film not too long ago called "Cora".  I'm not quite sure when that one will be released.  That was my first time working with vampires, which was pretty cool!!  My favorite part about that film is that we went back to the old ways of vampires ala Interview With A Vampire.  They're so fun to film, so I'm definitely open to more in the future!

TSOP: I understand you were born in Portland and lived in the area until you were 8 years old.  Any plans when you come back to the Northwest for the screening of Alien Abduction?

JC: Visit family and my old friends!!!  I'm also shooting a new film called "Free For All" in Portland later this year, so I believe I'll be meeting up with my director and writer as well to workshop the script a little!

TSOP: I also read you were named for a character in Star Trek: The Voyage Home.  Are you a fan of the series?
JC: I don't think I've seen the film since I was a child.  I always said I wanted to work with marine life though, which is funny because that's what the character I was named after does in the film!! 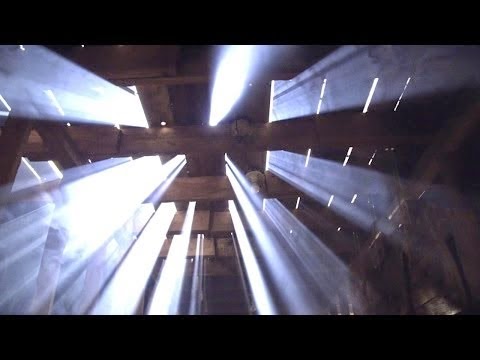 TSOP: As this is a horror-centric blog, I have to ask what are your favorite scary movies?
JC: I'm a huuuuuge horror fan!!!  I actually like to fall asleep to horror films because they comfort me.  Weird, I know.  "Scream" will always be in my top 10 movies.  I was terrified of "Nightmare on Elm Street "when I was a kid!!  And "It"!  That movie scarred me for life!  My all time favorite though has to be "The Strangers".  It was so well done.
TSOP: I see you have a holiday film, By God’s Grace, in post-production.  When is that coming out, and do you have any other projects on the horizon?
JC: I'm not quite sure when "By God's Grace" will be out.  I know they are still editing it.  As I mentioned earlier, I'm filming a new movie called "Free For All" later this year.  I'm really excited about that one!!!  It's my first real adult role.  It's also the first time I'm the center of a feature film.  Here's the synopsis:  Lindsey, an unemployed college drop-out on the verge of divorce, finds herself couch surfing at her childhood home while her family grieves the death of her father.
TSOP: Last question.  Do you have a fan page where people can follow your projects?
JC: My Facebook is: https://www.facebook.com/officialjillianclare
Instagram: http://instagram.com/jillianclare
Twitter: http://twitter.com/jillianclare
I'm also the editor of a fashion and beauty blog called Teenage Wonderland that you can checkout here: teenagewonderland.com

My thanks to Jillian Clare for taking the time to answer a few questions for The Shadow Over Portland.  If you have a question for her, be sure to catch the screening of Alien Abduction at The Clinton Street Theater at 10 pm on Friday, May 2.  Jillian Clare will be present for a Q & A after the screening! 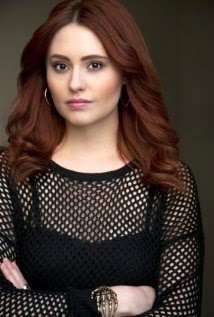 Posted by Chris McMillan at 8:58 PM No comments: