Sorry for the late post, but I should have heeded the signs...

Yes, I was given a premonition of things to come in the week on Tuesday morning, when I was hit on the back of the head by an owl while cycling to work.

It's nesting season for these nocturnal birds, and I've heard they have a tendency to launch preemptive strikes against potential threats.  Of course, I had no idea an owl was nesting on my route to work until the sucker hit my on the back of my head.

Oh sure, they might look cute.
Until they hit you in the back of the head!

I'm not going to question the owl's perception of me as a threat, just that I should have heeded my first thought and just called it a day after the attack.  Instead, despite the pain in my neck from the strike (Seriously, it was a pretty hard hit), I suspected nothing worse could happen to me and decided to forge onward.

Oh, I was wrong.  The week went downhill from there.

But, let's not get into that.  Instead, I offer a word of advice.  As my initial thought after the attack was to head back home, call in sick and just go back to bed, my decision to continue on with my life lead into a horrid few days.  I suggest anyone attacked by an owl follow their initial instinct and hide under the covers for the rest of the day.  In my experience, continuing on after an owl attack is like forging on after being struck by lightening.  Sure, you think the worst is behind you, but life is going to prove you wrong.

So, with that warning, let's get to the Horror Update.  I see good things in the future of Northwest Horror Fans, unless the owl figures out my new route to work.  Then I'll be mounting a chainsaw to the back of my bike helmet....

Wizard World Comic Con returns to the Oregon Convention Center (777 NE Martin Luther King Jr. Blvd) in Portland, OR, this weekend.  The big news for horror fans at this time is Elvira, The Hostess with the Mostess herself, Cassandra Peterson, will be at the show, as well as Scott Wilson (Hershel from The Walking Dead) and Tobin Bell from the Saw franchise (Bell is scheduled to appear Friday evening and Saturday only).  Whovians can meet a bunch of Doctor Who actors, and Star Trek fans won't want to miss William Shatner (appearing Friday night and Saturday only)  You'll also find a variety of comic artist, tattoo artists,  writers, animators, wrestlers and more.  Visit the Wizard World Comic Con website for more details and the latest updates.

UPDATE: James Marsters (Spike from Buffy The Vampire Slayer and Angel) is scheduled to attend the con at this time.  Keep checking back for updates and more information. 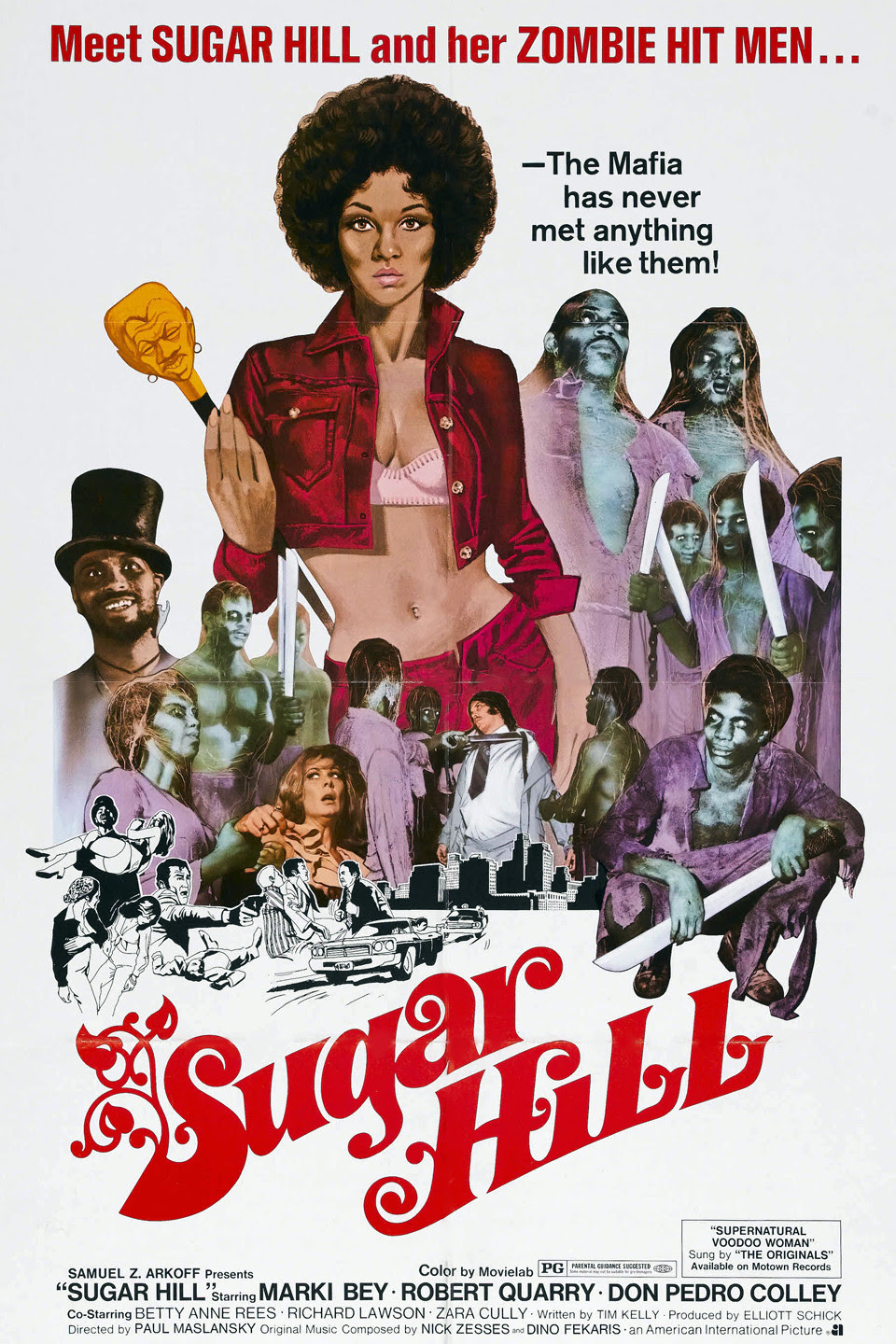 Okay, if you haven't seen Sugar Hill, I can understand.  This CLASSIC Blacksplotation/zombie film is a bit under the radar, given the WB archive release with a cover that makes the film look like a Lifetime Channel film rather that the AWESOME zombie movie it is.  And, as a commentary on race relations back in the 70's, this movie packs a punch.  So don't miss your chance to catch this film on the big screen, as Friday Night Frights screens it at the Blue Mouse Theater (2611 N. Proctor St) in Tacoma, WA.

Okay, the "N-Word" is dropped several times, but hey, that's how it was back then, so don't try getting all PC on me.  I spent a good part of my youth in Florida, back when my parents lectured me that such language was wrong.  Sugar Hill takes it all in stride, with a black woman taking revenge against the white mob that killed her man, thanks to the help of Baron Samedi and the undead horde she invokes.  Sure, it's politically incorrect (in our more "enlightened times"), but is a snapshot of its time, and as an evisceration of the our previous (and current) societal norms, this film has a lot to say.
The show starts at 10 pm, and admission is only $6.  And, as expected, there will be prizes, trivia and GORE!  And dancing chicken feet!!!  You don't want to miss it!  Visit the Facebook Event Page for more details.  And you can read my review of the film at the link.

Gail Simone, writer of several great comic series (including one of the creepiest current Vertigo titles, Clean Room), will be an EPIC signing event at Things From Another World (2916 NE Broadway) in Portland, OR, tonight at 6 pm.  Also at the screening will be Cullen Bunn and Tyler Crook (Harrow County) and Sam Humphries (Jonesy, the story of a teenaged Cupid).  Find out more details at the Things From Another World Facebook Page.

The Portland International Film Festival (PIFF) continues its After Dark selections tonight with Evolution, a French film peppered with nods to David Lynch and the body horror of David Cronenberg.  The film is preceded by the Canadian short, O Negative.  The show starts at 11 pm at Cinema 21 (616 NW 21st Ave) in Portland, OR.  Check out the link for more details and advance ticket sales. Klaatu Barada Nikto!  No, not necktie or neon noodle, but the original lines, from 1951's The Day the Earth Stood Still, will be spoken at the Pickford Film Center (!318 Bay St) in Bellingham, WA, today at noon.  Yes, you can watch this Sci Fi Classic on the big screen for just $2!  More information, and advance ticket sales, are available at the link. 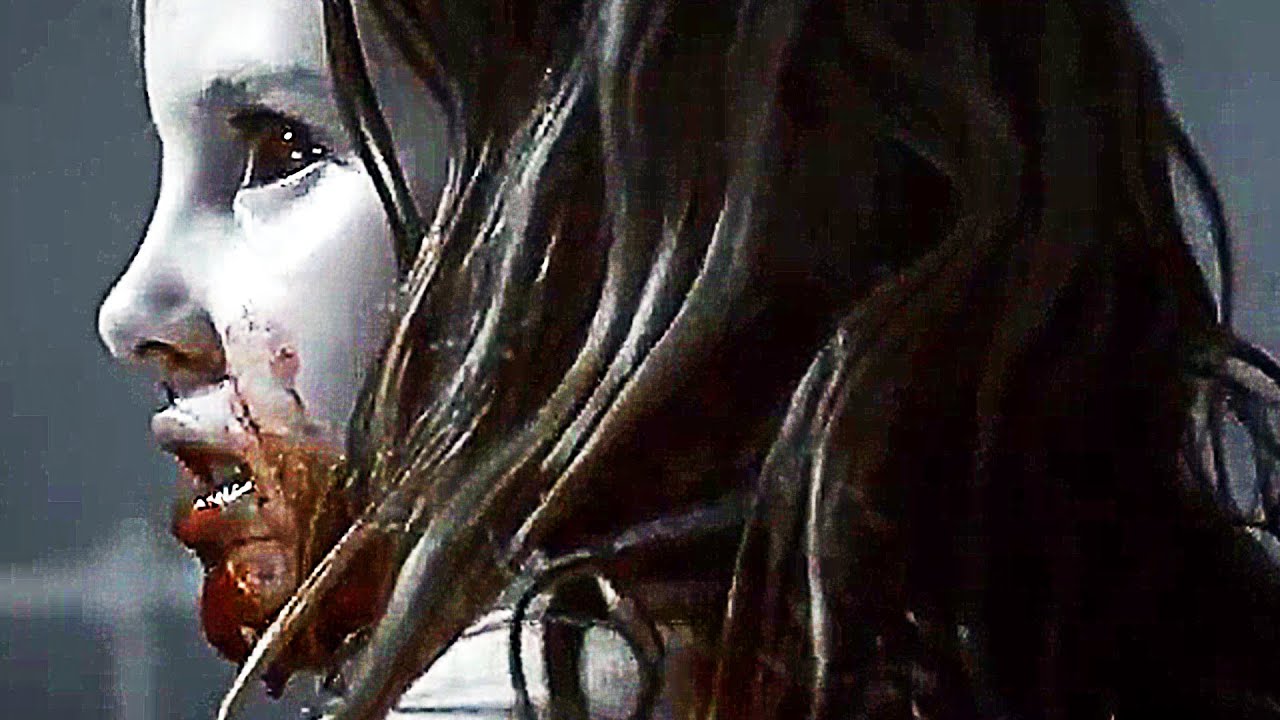 The Portland International Film Festival (PIFF) continues their After Dark screenings with a selection from Denmark tonight at 10 pm at Cinema 21 (616 NW 21st Ave) in Portland, OR.  What We Become deals with a viral infection in a rest home.  Yet, even after the military takes control of the neighborhood, the spreading illness causes a breakdown in the quiet family life of the area.  The film is proceeded by the US short, Invaders, about a home invasion gone hilariously (and horribly) awry.  Visit the link for more details and advance ticket sales.

Okay, Northwest Horror Fans, a love letter to the old style Grindhouse pictures, filmed in Olympia, WA, last year, has it's theatrical premiere tonight at 9 pm.  Head to The Capitol Theater (206 5th Ave SE) in Olympia, WA for Family First: Bloodlust tonight at 8:30 pm.  This cannibal/revenge flick will feature a Q and A with director Ian Bracken and producer Victoria Bracken after the screening.  Check out the Facebook Event Page for more details.

Well, as I have a few modifications to make to my bike helmet before tomorrow's commute, I'll be signing off now.  But keep checking back, as I'll have more fun/frightful events to share in the coming days!

Remember, getting your event listed on The Shadow Over Portland is FREE!  Just send me an email at shadowoverportland@live.com and I'll be happy to add your genre related event to the Horror Calendar and weekly updates.

And, should you attend any of the events listed above, let the organizers know you read about it at The Shadow Over Portland!
Posted by Chris McMillan at 9:39 PM No comments: