Here's a holiday HORROR update from The Shadow Over Portland! And oh, do I have stuff to share!!

I think my neighbors suspect something is wrong with me, as I have yet to take down the Halloween decorations I've had up since I moved into my new digs in March.  Oh well, to each their own holiday.  But if, like me, you're looking to make the season more FRIGHTFUL, The Shadow Over Portland has just the stuff to keep you shivering with fear all December long.  Check out the events coming in the next week!

PDXtreme, promising three days of horror, gore, crime and more, invades  The Academy Theater (7818 SE Stark St) in Portland, OR, to make your holiday season more horrifying!  Playing through December 6, the festival will screen shorts and full length features to add to to the December chill in the air.  You'll find showtimes for the films. including Lori Bowen's I Am Monster and Edward Martin III's Flesh of my Flesh (both Northwest Horror Filmmakers), at the Facebook Event Page.  Get your advance tickets, just under $32 bucks, at this link.

The Wes Craven classic, A Nightmare on Elm Street, screens tonight at 9 pm at The Capitol Theater (206 5th Ave SE) in Olympia, WA.  Presented as part of the Olympic Film Society Friday Night Fright series, this is one film I shouldn't have to explain why you need to see it on the big screen.  Tickets are $9, $6 for OFS members.  Doors open at 8:30 pm, with the show starting at 9 pm.  Tickets (if available) can be purchased a half hour before the show, and the Mezzanine Lounge will be open to those 21 or older (and yes, ID is required).  For more details, visit the link. 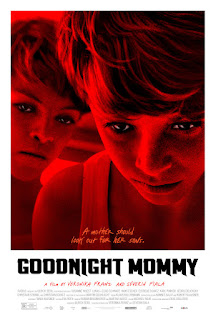 Good Night Mommy, opens at The Capital Theater (206 5th Ave SE) in Olympia WA, tonight.  As a pair of twin brothers greet their mother after cosmetic surgery, the suspect the woman entering their home is their true parent.  And, as expect, things start to go bad from there.  This screening is for those 21 or older only.  Visit The Capital Theater website for more details and showtimes.

The Rio Theatre (1660 E Broadway) in Vancouver, BC presents a Nightmare before the Nutcracker, a mixing of the Tim Burton classic, A Nightmare before Christmas, with the classic ballet, The Nutcracker.  Now in it's second year, the Rio Theatre promises your Christmas will never be the same.  Doors open at 7 pm, with showtimes are 8 pm on December 4, 5, 11 and 12.  You can find details about advance ticket sales, and group discounts, at the Facebook Event Page. 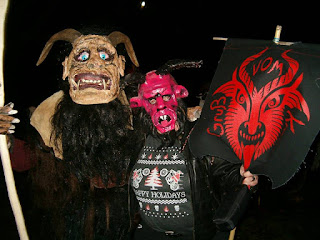 If you're looking to bring the Horror into the Horrordays, check out the 2015 Krampus Luaf, starting at Hawthorne and 33rd in Portland, OR, at 4 pm.  Don't worry if you miss the opening ceremonies, you can follow the route as it weaves about Hawthorne spreading Holiday Fear!  Or dress up and join in the fun!!  For more details, visit the Facebook Event page.

If you're in the mood for something a bit stranger, and yes, I know how that sounds after reading the above post, head to the f/Stop Fitzgerald's Public House (335 Grove St NE) in Salem, OR, tonight at 9 pm for a screening of local horror filmmaker Joe Sherlock's Odd Noggins.  Yeah, the title says it all.  If you need more of a summery, imagine Not of this Earth with increased bubble baths, melting bodies, yogurt eating, clown makeup and MORE!  Check out the Facebook Event Page for more details. 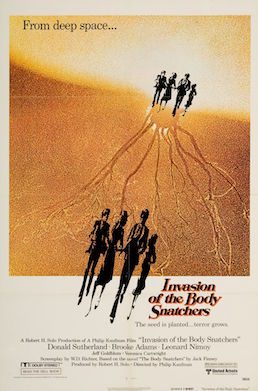 Should the mass marketing of the holiday season lead you to believe your loved ones are turning into emotionless replicants, head to The Hollywood Theatre (4122 NE Sandy Blvd) in Portland, OR, and have your worst fears come to life.  Tonight only, at 7:30 pm, Philip Kaufman's 1978 remake of Don Siegel's 1956 classic, Invasion of the Body Snatchers will play on the big screen.  Featuring Donald Sutherland, Brooke Adams, Veronica Cartwright, Leonard Nimoy and Jeff Goldblum, along with a brief cameo by original star Kevin McCarthy, this film features on of the most chilling final moments in screen history!  Presented by Frak! Theater, tickets are only $8!!  For more details, visit The Hollywood Theatre website.

If you're looking for something naughty during the holiday season, head to The Soundcheck Bar and Grill (19800 44 Ave W) in Lynnwood, WA for the Holiday Festivus, a burlesque treat of holiday themed performances.  Expect Krampus to show up (according to Seattle burlesque artist Morgue Anne Morrighan ) and many more holiday delights.  Doors open at 6 pm, and the show starts at 7:30 pm.  For more details, and advance ticket sales, visit the Siren and the Treasure Chest website, or the Facebook Event Page, for more details.  You must be 18 or older to attend. 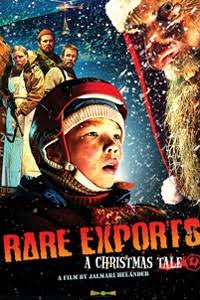 If you're looking something to give you a Holiday FRIGHT, head to The Lauralhurst Theater and Pub (2735 E Burnside St) in Portland, OR, for a screening of Rare Exports: A Christmas Tale.  Evil, naked Santas, a horned demon incased in ice and a few reindeer farmers trying to make a buck off this discovery makes for a Holiday Horror film that is probably not for all ages.  Still, it's a great story and one worth catching on the big screen.  Stay tuned, as I'll post showtimes once they are released. 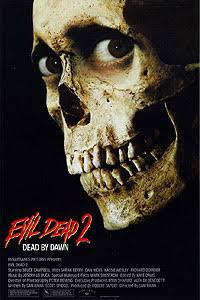 One of the greatest splatstick films ever, Evil Dead 2: Dead by Dawn, screens tonight at 9 pm at The Capitol Theater (206 5th Ave SE) in Olympia, WA.  Presented as part of the Olympic Film Society Friday Night Fright series, this is the perfect film to see in a theater with like minded fans.  Tickets are $9, $6 for OFS members.  Doors open at 8:30 pm, with the show starting at 9 pm.  Tickets (if available) can be purchased a half hour before the show, and the Mezzanine Lounge will be open to those 21 or older (and yes, ID is required).  For more details, visit the link. 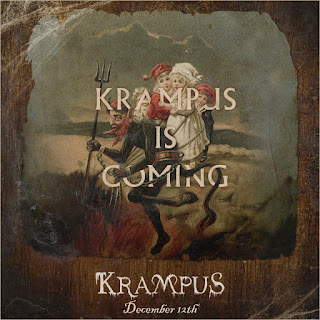 Sure, anyone can get their picture taken with Santa, but Michael Grey Photography is hosting Photos with Krampus, the holiday demon, from 3 to 6 pm at World Class Athletics (6332 SE 82nd Ave, Suite B) in Portland, OR.  This should make for the PERFECT Christmas photo card for all Northwest Horror Fans!  Prints are $7 or two for $10, and you can have digital prints sent to you via email if you like.  Check out the Facebook Event Page for more details.

You know more is coming, so check out the Horror Calendar for events happening through October of 2016!

Should you be hosting, or know of, an event that would interest my readers, email me at shadowoverportland@live.com and I'll include in on the Horror Calendar and future updates.  Remember, I cast a wide web, including sci fi/ fantasy films, as well as some action films.  And I do not charge for listing your event on the site.

And, as always, should you attend any of these events, mention to the organizers you read about it at The Shadow Over Portland!!

Posted by Chris McMillan at 8:18 PM No comments: