Interview with Dima Levanchuk, Northwest filmmaker and his Kickstarter campaign for Rayke 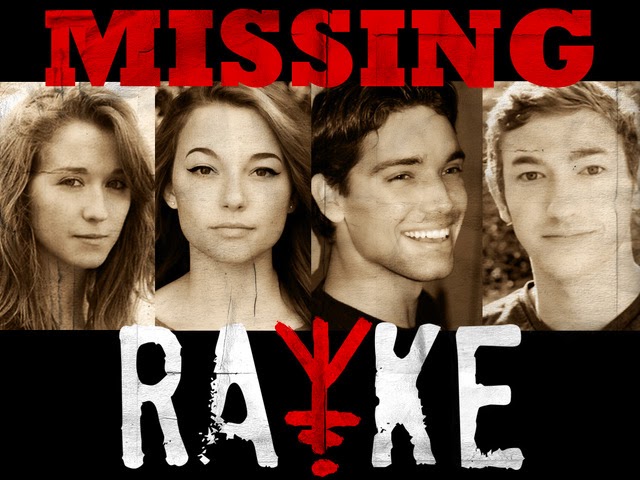 The Shadow Over Portland: I’m talking with Dima Levanchuk, Northwest filmmaker who’s launched a Kickstarter campaign for his latest short, Rayke.  Can you tell me what the movie is about?

Dima Levanchuk: The movie is a short creature horror movie, about a group of friends who go into the woods.  And, being party animals, they disturb the spirit of the forest, so a creature comes out of the ground and attacks them, killing them and all sorts of horrible things.

The film will be shot in Seattle and we’re looking at filming in November and early December.

TSOP: Have you delved into public funding before?

DL: We’ve never done Kickstarter before.  This is our chance to see how it works and such.

DL: Yes.  I’ve been shooting films for almost five years now, and we’ve been collecting a bunch of awards here and there.  Best director, best special effects, and others.

Than we decided to try shoot a feature about a woman who is brutalized, gets a bunch of weapons and kicks ass.  That one won awards down in Texas at a film festival.

But we want to stay in Washington, and bring actors, make up artist and such to work here.  There is a lot of horror work, but, unfortunately, not a lot of big work, but our goal is to change that.

TSOP: Do you have an estimated running time for Rayke?

DL: Yeah, about 11 minutes long.  Of course, the more money we get, the longer it could run, as long as it’s entertaining.  I don’t want it to run too long. 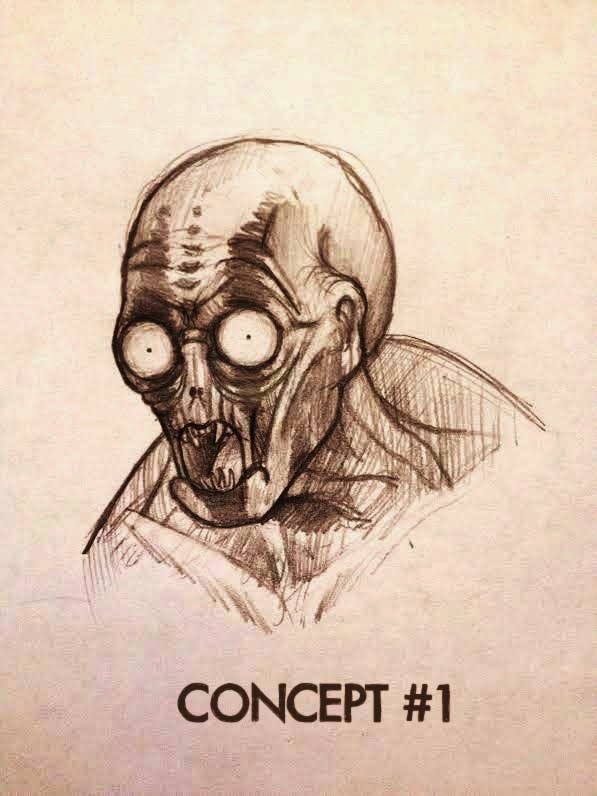 TSOP: Is the monster an original creation, or one based on folklore?

DL:  We’re combining a few elements from the Berwick Monster legend and creepy pasta creature Rake.  So it’s a new creature, just a mix of different ones.  Though, if you look a rendition of the Berwick Monster, I guess it’s based on a legend.

TSOP: The actors you’re hiring, are they local?  Have the worked on films before?

DL:  We have one actor from Portland and four actors from Seattle.  All of them have worked on short movies, and one is a theater director.

TSOP: Your creature will be a full body prosthetic creation.

DL: Yes, Adam Lee Matthew will be doing prosthetics on hands, back, feet.  Lily Wilson, who’s a makeup artist, she’ll be applying the prosthetics.  And, of course, we’ll have blood and all the fun stuff.
The prosthetics will probably be about 4 to 5 hours of application time.  And the actor will be running around in the Northwest weather in November and December, practically naked except for the prosthetics.  Though he says, “I’ll suffer for it,” we’ll figure out how to take care of that.

TSOP: Now, you’re filming in November and December in the Northwest, and it’s going to rain.  How will that affect the creature makeup?

DL:  We are going to use materials that are not as affected by water.  Adam says the makeup be okay in water and other stuff.  We considered that, because makeup in the rain can look like crap.  But, we have an experienced crew and I know they will pull it off. 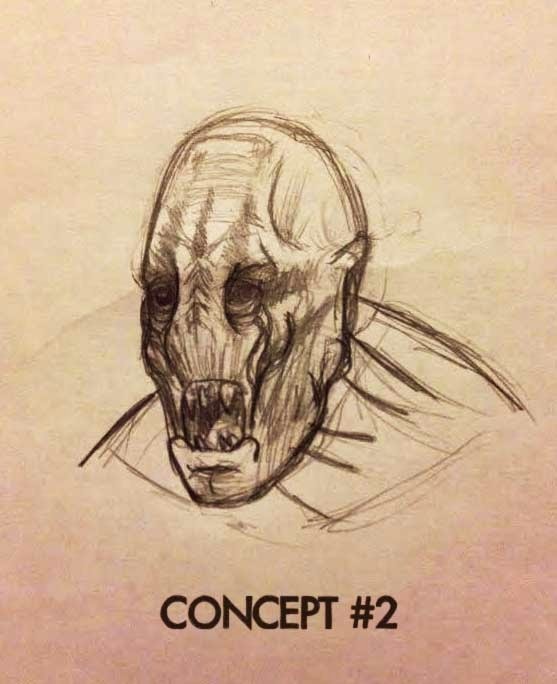 TSOP: If people are interested in seeing your previous work, where can they go to view your other shorts, or the feature?

DL: Well, my central hub is GrittyFlix.com (http://www.grittyflix.com/), which is where I will put all of our project information.  It’s how people can get a hold of us and check out our stuff.

TSOP: The Kickstarter campaign runs through October 30 (at 11:11 am PST).  How are you doing so far?

DL:  It’s okay.  Not were we want to be, but if the Kickstarter campaign doesn’t go through, we’ll figure out how to get the money together and make the film.  Either way, we’ll make the film.
That’s indie filmmaking.  It’s hard to find money.  But you keep working at it and eventually you find something. 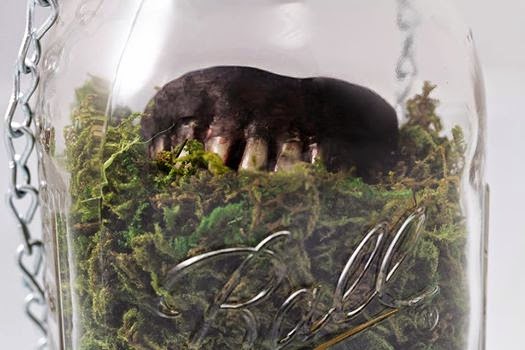 TSOP:  I see you have some interesting incentives, such as prosthetics from the monster.

DL: Yes.  Adam is going to be sculpting something we can put in a little jar with Northwest moss, or a lower jaw all hacked up and destroyed.  And, about 10 minutes ago, I added a new incentive, where you will get a statue, about 6 inches tall, of the creature.

Adam, who’s doing the sculptures, he has a Masters Degree in sculpture from University of Washington, so he approached the design like an artist.  He was, this is a really good piece, and I’m like, yes, but it’s part of a movie.  Now, he’s like, “I want to sell this for like, $1000,” and I’m like, “You can’t, it’s an incentive.”  It’s this creative battle, with an artist who wants to promote and sell his work, and the fact that it’s a incentive for the movie.

TSOP:  A list of all the incentives is available on your Kickstarter page.

DL:  Yes, and whether we collect the money or not, we will put them on the movie webpage, raykethemovie.com.  So people can go there and decide that want something and it will be available.  So, if they want to give us some money for the film, we’ll send them something.  Just because the Kickstarter campaign is over, it doesn’t mean people can’t get anything.

TSOP:  What are your plans for Rayke once it’s completed?  Will it be released on a website, or are you going on the festival circuit?

DL:  Well, the idea is to see if people want to see something like this, if they are interested in a creature movie.  If they are, we’ll look into doing a feature.  This is to test the waters, see what people think about it, to find out if it’s creepy or not, if people are as excited about it as we are.  And if they are, we’ll try to come with a feature concept, and funding for the movie.

So, yes, we’ll have it online for people to see.  And we’ll bring it to some local film festivals, because we love to support the local area.

TSOP: Dima, thanks for taking the time out of your schedule for this interview, and best of luck on the Kickstarter campaign.

If you’d like to contribute to the Kickstarter campaign, visit this link for more information and a list of the incentives available to contributors.
Posted by Chris McMillan at 8:20 PM No comments:

The Poltergeist remake is rated PG-13, which is no reason to freak out 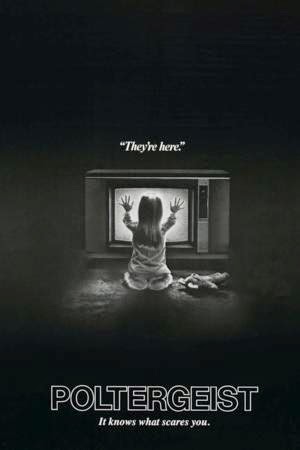 If you're a horror fan on the Internet, I'm sure you've heard the news that the Poltergeist remake has been given a PG-13 rating by the MPAA, for "intense frightening sequences, brief suggestive material and some language."

And, despite the fact that the rating description seems appropriate for the material in the 1982 original, several websites are framing this as another less-frightening Hollywood remake, thanks to the lack of the coveted R-rating that denotes a "true" horror film.

But, should you be up in arms about the remakes rating, I suggest you calm down and remember that the original was rated PG.  Yes, back then, the PG-13 rating had yet to be created.  Poltergeist, as well as Gremlins and Indiana Jones and the Temple of Doom, were films that pushed the Motion Picture Associate of America to create the PG-13 rating, a way to designated a film was fine for teens, but might not be suitable for younger children. 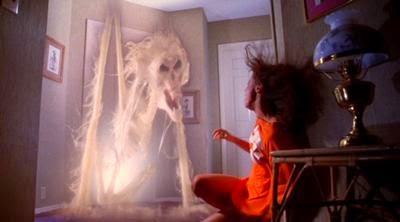 And I won't deny that, since it's inception, the PG-13 rating has become both a marketing ploy and a joke.  Films that should be PG (like The Avengers) add enough of certain element to gain the rating as a way to imply this film is too intense for kids, attracting the teen crowd.  Meanwhile, other films cut back on the blood sprays (Expendables 3, I'm looking at you) to make the action sanitized enough for a PG-13 rating, aiming gain a few extra box office bucks from a younger demographic.

It's silly, to say the least, when a film featuring the murder of countless people can earn a PG-13, while a movie like The King's Speech earns an R rating because someone uses the F-word a few too many times.

And it's rather silly that I have to use the term "F-word" in order to not be listed as an explicit blog, but that's our current state of the nation.  Mowing down rows of evil soldiers is okay, but saying the F-word is bad.  Or showing too much nudity, regardless of the content.

But I digress.  Let's get back to Poltergeist.

The original film proves that buckets of blood and topless women aren't needed to scare you.  Hell, I still get chills from the originals, while many of the slasher films I saw in the 80s are little more than fond memories.  Sure, the effects are awesome, but the combination of boobs and blood isn't really scary.

Now, the creepy clown doll freaks me out.  Even more than 30 years later. 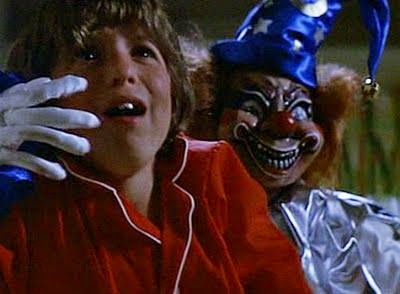 If this scene doesn't send chills down your spine, you can't be human.

Which is why I'm going to see the remake of Poltergeist.  If it's a bomb, it's a bomb.  But, as Spielberg and Hooper proved, it's not the rating that makes a movie scary, it's what the filmmakers do with the material.  Hell, I sat through 2013's Evil Dead and, despite some amazing practical effects, my mood went from boredom to annoyance by the final reel.

Though I doubt this remake will be as good as the original, I'll give it a chance, regardless of the rating, as should fellow horror fans.
Posted by Chris McMillan at 5:05 PM No comments: