I'd post something silly with this late update, but.... 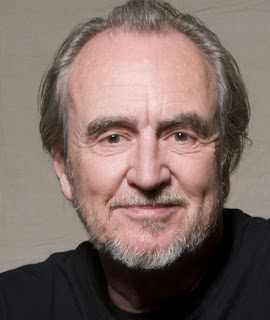 Say what you will about Scream and the sequels, but Craven had a feel for what scared people.  Exploding on the horror scene with Last House on the Left, which was frightening for me not for how the antagonists behave, but how those seeking "justice" are willing to sink to seek retribution, Craven followed up with The Hills Have Eyes, another film about how low "civilized" humanity would sink to protect/avenge their loved ones.

Eventually came Nightmare on Elm Street, introducing Freddy Kruger into the Horror Hall of Fame.  A dead pedophile killing children in their dreams, the series soon became a series of how-can-we-kill-them films until New Nightmare, where Freddy was reintroduced as a supernatural being attempting to become real through the belief of others.  Say what you will, it invigorated a dying franchise and made Freddie scary again, instead of a lame jokester,  Even Robert Englund looked tired of the franchise by Part Five.

Then came Scream, the first deconstruction of horror films I can remember.  Sure, many came after the original, and its sequel, but Craven was the first to take the rules of horror films and apply them within the script, creating the trend of "meta" horror films attempting to be self aware of the troupes of the genre.  Like Scream or not, Craven got there first.

Sure, we can debate his misfires.  But the man deserves his place in the Horror Hall of Fame, and so I say Rest in Peace, Mr. Craven.  May your eternal dreams be more pleasant than the images you leave behind.

And now, this week's belated update...

Terror at Angel's Horn runs through Tuesday, September 1, at the Back Door Theater (4319 SE Hawthorne) in Portland, OR.  A live stage presentation from GuignolFest, this sci-fi/horror musical from John Marble concerns a detective searching for a missing cat, only to get mixed up in a time-traveling adventure with a "gangster-ass" Satan and luchadores!  Sounds like the perfect way to celebrate Hump Day, or any day for that matter!!!  The play runs through Tuesday, September 1, and tickets are $20.  Check out the Facebook Event Page for more details and a link for advanced ticket sales. 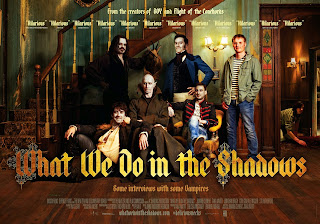 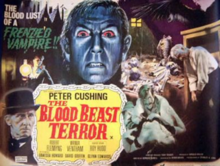 Tonight's Weird Wednesday Actor's Spotlight falls upon Peter Cushing, as The Joy Cinema (11959 SW Pacific Highway) in Tigard, OR, screens Blood Beast Terror.  Cushing is a mad scientist (is there any other kind in these movies?) that creates a blood sucking giant Death Head moth that can transform into a beautiful woman.  Really, and it poses as his daughter when in human form.  Of course, Cushing will lend an air of class, but I don't know if that will be enough to keep you from giggling at this one!  Admission is free, so spend some extra cash at the snack bar and help keep The Joy Cinema showing movies in which great actors do their best with really silly material.  Showtimes for this evening have yet to be announced, so check back here later in the month, or visit The Joy Cinema website closer to the screening date.  As always, you must be 21 or older to attend. 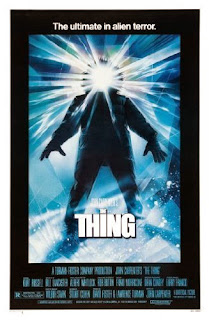 Well, The Olympia Film Society Fright Club keeps bringing the chills to The Capitol Theater (206 5th Ave. SE) in Olympia, WA with a screening of John Carpenter's The Thing.  Trust me, Rob Botin's effects are something you don't want to miss on the big screen.  Plays at 9 pm, and you can get more information, and find a link for advanced ticket sales, at the link.

That is what I have for now. but remember, you can email me at shadowoverportland@live.com with information on your local horror event and I'll be sure to post it.  And I'm open to sci fi/ fantasy events as well, so please send any information my way.

And remember, if you attend any of these events, let the organizers know you read about it at The Shadow Over Portland!
Posted by Chris McMillan at 8:57 PM No comments: