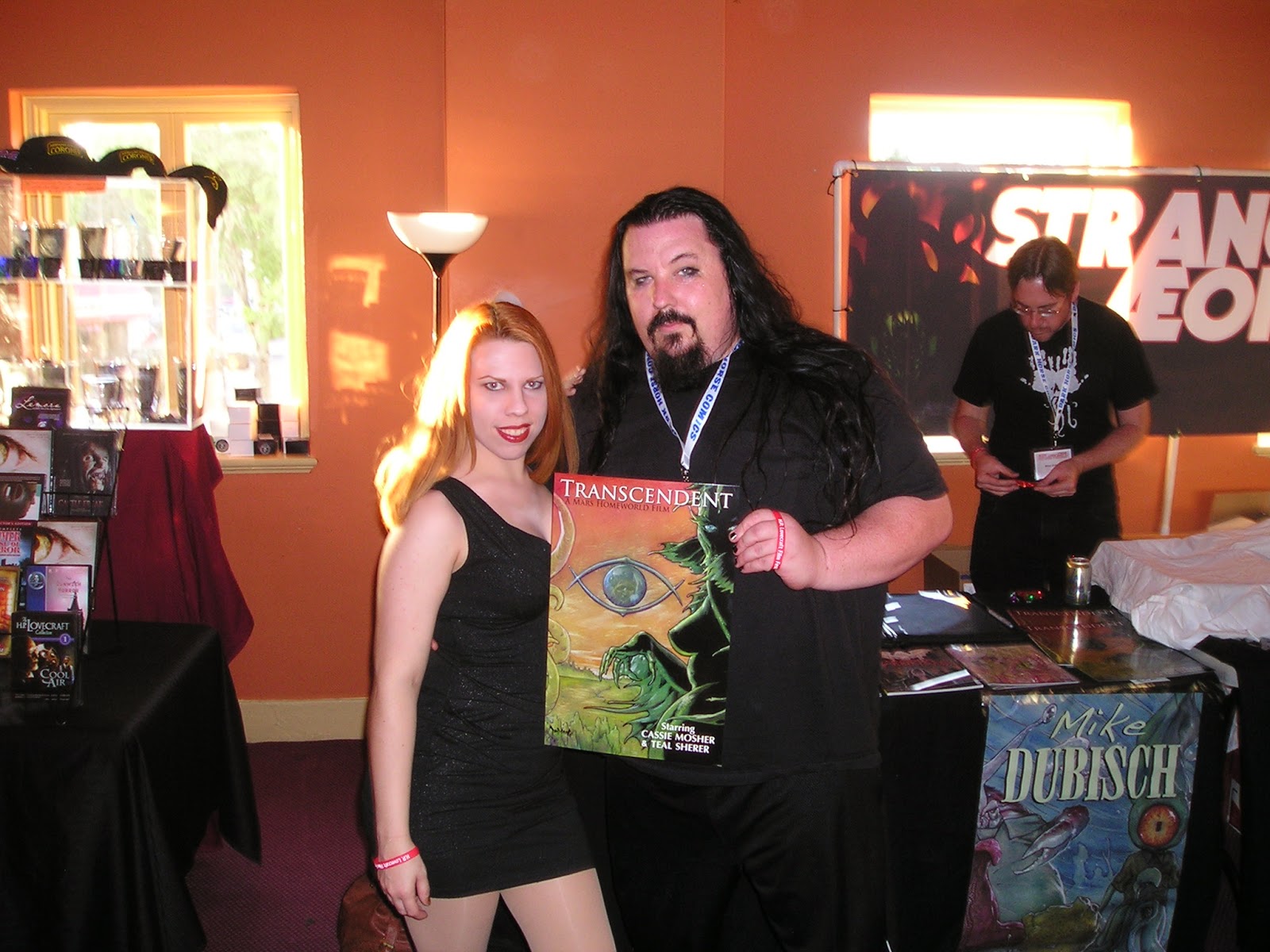 This is an interview I conducted with Mars Homeworld, composer and filmmaker, concerning the screening of his film Transcendent at The H. P. Lovecraft Film Festival at The Hollywood Theatre in Portland, OR, last year.  The film will be shown this year, so if you missed it, you have another chance to see this great short film.

MARS:  Hello, hello, hello out there in Internet land.

TSOP: Can you give me a little information as to what Transcendent is about?

MARS: Sure.  Believe it or not, as hokey as it sounds, I had this really vivid dream a couple years ago, dreamed it front to back, than got obsessed with the thought of trying to capture it.  It’s loosely influenced by The Shadow Over Innsmouth, but it also has a road picture vibe and a coming of age story to it, because I’m a child of the 80s and grew up on all those John Hughes films and stuff.  So it’s a strange, heart-warming amalgam of the lot.

TSOP: Is it feature length, or a short?

MARS: It is a long short film.  It is 36 minutes, so it’s pretty adventurous for a first time director.  I do not fancy myself a director, I’m a composer by trade, so this was just…  I felt the urge to run with it.

TSOP: I noticed that on your IMDb page.  Care to give my readers a sampling of your works?

MARS: The one most people here (at the festival) would be most familiar with would be Lovecraft: Fear of the Unknown, which is the definitive documentary on Lovecraft’s life and influence.  I’m bias, but it’s a kick-ass film, regardless.  I’ve done Nyarlathotep, The Shadow Over Time, Slime City Massacre.  There is 33 movies to date in the last 7 years.

TSOP: What are you working on right now?

MARS:  I’ve just finished Jovanka Vuckovic’s second short film, The Guest.  Her film, The Captured Bird, is playing here tonight.  It’s been cleaning up over the world, so I’m fully prepared to be losing to her tonight in the short film category.

Next is a silent film restoration that I can’t give out the title of, but it’s been rather hard to find and they’ve just got a working print of it together and I’m going to score it.  And that will be my next feature project.

TSOP: That’s great.  Can you give me a genre?

TSOP: Are you planning on directing again?

MARS: It could happen.  I would love to see some of Lovecraft’s sci-fi work on the screen.  There’s not a great deal that’s been explored yet.  I’ve got one in mind, but it would involve another Kickstarter campaign and fundraising, and time.  And time being the fire in which we all burn, you know?

The irony of this is, 2013 was going to be the year I took off from film work.  I’m now a homeowner and I have a bunch of crap to deal with and get in order, but it’s not going to happen.  I’m working through this year, I think.

TSOP: Where can people find you on the web?

MARS: You can find me at Mars Homeworld on Facebook, or deadhousemusic.com is my home site.  Or transcendentfilm.com.

If you missed it last year, Transcendent is playing at The H. P. Lovecraft Film Festival this year at The Hollywood Theatre on Saturday, April 12, at 8 pm in the EOD Center-Classroom.  I caught it last year and can strongly recommend it.  Check it out if you can.  And let the organizers know you read about this film at The Shadow Over Portland!
Posted by Chris McMillan at 9:39 PM