As expected, the Internet is full of opinions concerning the recent announcement that Guillermo Del Toro is willing to film his long awaited version of H. P. Lovecraft's novella, At the Mountains of Madness, in a PG-13 rated version.  As I write a horror blog with a title that’s more than a bit of a wink to one of Lovecraft's more famous stories, I figure I'll weigh in on this topic as well.

Now, I can just state that I think that a PG-13 version will be just fine, but I won't make such a blanket statement without providing evidence to support that claim.  So, here are six reasons why a PG-13 version of the tale will work as well, if not better, than an R-rated film.

This might be heresy to some, but nothing says a horror films must receive an R-rating.  It just depends on the subject matter and how it is presented.  And just because a horror film is rated R does mean the film is gory.  The Blair Witch Project was rated R due to language only.

Had the language been toned down to a PG-13 level, the film would not have lost its impact.  The filmmakers relied more on atmosphere and the threat of the unseen (themes found in Lovecraft's writing) to scare the audience and, whether you like the film or not, it’s a great example of getting more by using less.

But let’s focus on a horror film with a PG-13 rating.  Gore Verbinski’s American remake of The Ring is one of the most atmospheric and creepy horror films in recent years.  The film contained a few graphic moments, but relies more on mood to ratchet up the sense of unease, making the more horrific moments more intense than simply dumping a bunch of gore on the floor.

If you're still not convinced, just remember that Poltergeist was rated PG, with a stuffed clown that induced nightmares in kids and a few parents. 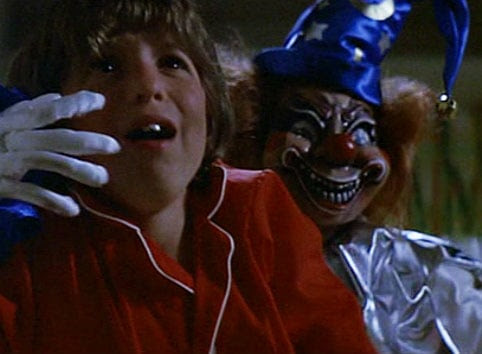 You might think I'm repeating myself with this one, but it's important to remember that an R-rating, and buckets of blood, does not make a horror film scary.  Or even any good.

The best way to explain this is to talk about the remake of 2008’s Prom Night, the PG-13 slasher remake.  Once the rating for this film was announced, fans of the 1980 original proclaimed the film would be a disaster without R-rated levels of gore (forgetting that the original Prom Night is not very gory and might earn a PG-13 rating today).

But, if you've seen the remake, it’s easy to realize the filmmakers could have painted the screen red with spurting blood and flung entrails, and it wouldn't have made the film any better.  Sure, a few gross out moments might make you feel a bit better about spending your time and money on an abysmally bad film, but it would still be a rotten movie. 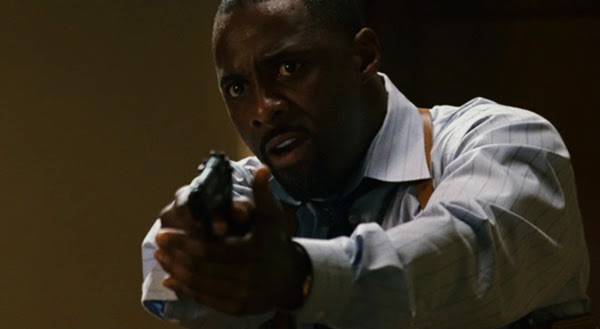 Yep, nothing could have helped this turkey.

A horror film with graphic depictions of gore won’t make up for a bad script and poor filmmaking.  You can have both gore and scares, but once the FX crew comes in, it seems directors and studios are willing to spend more time grossing the audience out, than engrossing them with a spooky, engaging story.

It might seem unlikely that a horror film could ever get a PG-13 rating, the default rating for the average studio blockbusters.  And, in a sense, the rating is more a marketing tool now, designed to give a film an adult edge, only without any real mature content.  It makes young boys and adult audience members more comfortable, assured that the film is not for kids (as a PG rating now indicates the film would be rated G were it not for the fart jokes).

Without going into a "When is was young,,," rant, I remember when PG movies contained blood squibs, harsh language, adult content and even brief nudity.  As movies like Jaws, Gremlins and Indiana Jones and the Temple of Doom pushed the level of acceptable violence for the PG rating, the MPAA created the PG-13 rating in 1984.  It worked pretty well, until studios started using it as a marketing tool for their summer blockbusters.

Based on the past, a PG-13 film can go into territory darker than giant robot fights, but that might depend on how the MPAA feels that day.  And we will get to that later, but first, let's talk gore.

Graphic gore is becoming commonplace on television, and the best example of this is NBC's Hannibal.  During the show's two year run, viewers have seen murder victims skinned, used as brain dead mushroom fertilizer, turned into a cello, and vertically bisected several times like a gruesome science project.  This is not a cable show, but shown on a national broadcast network and as always been given a TV-14 rating.

One can argue such moments the (rather noticeable at times) lack of blood is what allows these effects to get on the air.  Still, shows like Hannibal and The Walking Dead prove that gore is becoming acceptable to mainstream audiences, the same people that might pay to see a PG-13 horror film with similar effects.

Early in the novella, the story’s narrator and other explorers come across the dissected remains of other party members.  While quite gruesome, it is the story's only moment of gore.  The rest of Lovecraft's tale has to do with exploring a mysterious city filled with albino penguins, Shoggoths and the origins of humanity.

As the story relies more on atmosphere than gore, it makes no sense to push the gore in one early scene to an R-rating level.  Chances are such a moment would seem gratuitous and unwarranted, but also feel out of place with the rest of the tale (unless the script deviates from the source material).

Handled with a bit more restrain, perhaps only showing brief glimpses of the bodies during a dimly lit search of the tent, the sequence could as intense and disturbing as the flashbulb illumination of the desecrated grave and it's contents during the opening moments of The Texas Chainsaw Massacre.  And it would be more suited to the atmosphere Lovecraft generates in the rest of his story.

Most horror fans don't have a high opinion of the MPAA, with good reason.  The organization dislikes horror films with the same intensity they reserve for nudity.  So, the chance of AtMoM getting a PG-13 rating might seem a long shot, unless you remember how the MPAA works.

As pointed out in the documentary, This Film Is Not Yet Rated, the MPAA is supported by the major Hollywood studios and tends to act favorably towards their benefactors.  So, not only will the MPAA assure studio properties are rated with the studio’s target audience in mind, the organization limits the competition by making it difficult for more adult-oriented fare to get an appropriate rating (hello, NC-17).  That’s how The Expendables 3 got a PG-13 rating (despite assumptions that the violence will be the same as an R-rated version, but without CGI blood added), yet movies like The Kings of Summer (an indie film released last year) was rated R strictly for language.

Now, back to the point.  A $120 million dollar version of AtMoM will not be an independent feature, but a studio backed film.  And, as the MPAA loathes biting the hand stuffing its wallet, del Toro should be able to get a pretty graphic scene into a PG-13 rated film.  Sure, he might have to trim a couple of frames in a few spots, but those concessions will all the MPAA to maintain the illusion of doing its job.  And it’s doubtful such excised footage will change the impact of the film, or any individual scene, in any noticeable way.

I think a PG-13 version of At the Mountains of Madness will work.  And though I’m hopeful he pulls this one off, we can’t forget that del Toro has only started discussion the project with a studio.  Between now and whatever release date gets announced, a multitude of other factors will determine whether fans get to see a big screen Lovecraft adaptation or not.  All we can do is hope the stars will align.
Posted by Chris McMillan at 11:28 PM