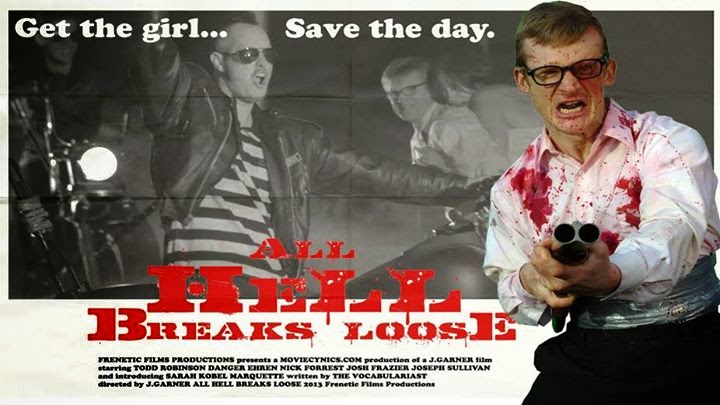 Low budget genre films don’t fail based on acting, sets and effects.  Success rest on the script, as well as the filmmaker’s ability to recognize their limitations and find creative ways to deal with a shortage of preproduction time, a limited shooting schedule and finding engaging talent willing to be underpaid, if paid at all.

The filmmakers behind All Hell Breaks Loose avoid those common pitfalls and deliver a great slice of cheesy fun.  The script, by The Vocabulariast, is fast paced and contains some solid offbeat humor.  And first time feature director Jeremy Garner delivers a terrific looking film, with solid performances, decent looking effects and a quick pace that keeps the audience engaged, rather than looking for production shortcomings.

The plot mixes biker exploitation films, horror and bits of splatstick.  A group of bikers, released from Hell to corrupt innocent women for the Devil, come across newlyweds Nick (Nick Forrest) and Bobbie Sue (Sarah Kobel Marquette).  Nick is killed and the bikers ride off with Bobbie Sue.

However, God (Joseph Sullivan) is willing to give Nick a second chance to be the hero and resurrects him to save Bobbie Sue from eternal damnation.  But Nick isn’t really an action hero and continues to need divine intervention. 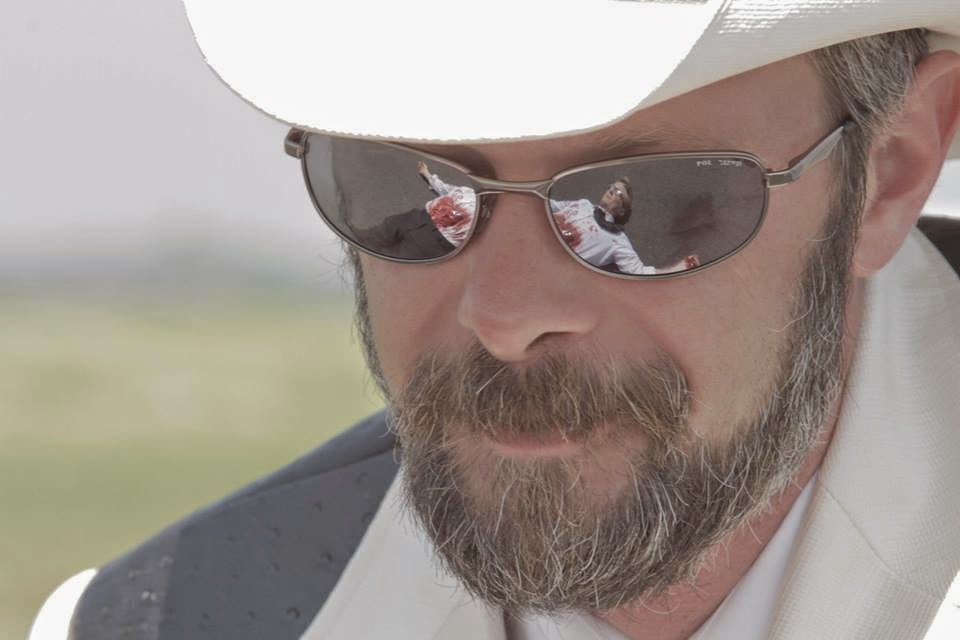 Well, if at first you don't succeed...

Sure, you might find a few problems with the story, like why God doesn't give Nick a few hints on how to take the bikers down.  But that would have deprived the film of some great moments, and it’s too much fun watching Nick try saving Bobbie Sue, only to fall short every time.  If you let such minor plot points ruin this film for you, you’re probably watching the wrong movie.

Also helping sell this absurd concept is the terrific work by the entire cast.  Joshua Lee Frazier is great as the lead biker, Sundown, especially as he talks to Nick’s corpse, trying to convince him not to come back.  He knows Nick’s efforts will be futile, and his sincerity to try and save the man from further pain (and death) is touching in a way.  Forrest is great playing the hapless hero, and Sullivan is perfect as a rather uncaring God.  Though these actors standout, thanks to their roles, the rest of the cast is quite good and really sells the absurd action and humor in the script. 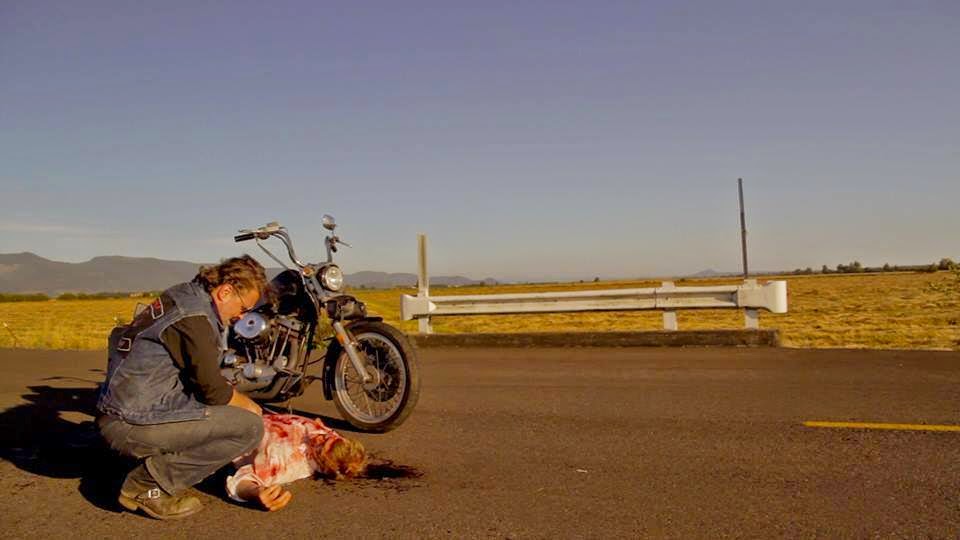 Seriously, I'd tell you not to get back up, but that would
really hamper the film's running time.

The gore effects, a mix of practical makeup and CGI, look better than one might expect from a low budget film.  The sets look fine, with a nice mix of locations shots and sets.  And the film has plenty of homages to other horror films, which should bring a smile to fans.  Just wait for Nick's uses of condoms filled with Holy Water, a great riff on the final battle in From Dusk Till Dawn.

Another nice touch is Garner’s use of grain to simulate the experience of watching a slightly worn 35mm film.  The effect is very unobtrusive, unlike its use in other grindhouse homage films, and you will likely not really notice it a quarter of the way into the film.  But it’s a nice touch, giving the film a nice feel, and Garner’s restraint keeps it from becoming a gimmick.

If you get the chance, check out All Hell Breaks Loose at Cinema 21 on October 3 at 10 pm.  It’s a fine slice of cheesy fun, filled with solid performances, plenty of quirky humor, and is more engaging than most low budget genre features dumped onto home video these days.