Why I’m dreading a Creature from the Black Lagoon remake, whether Scarlett Johansson is involved or not. 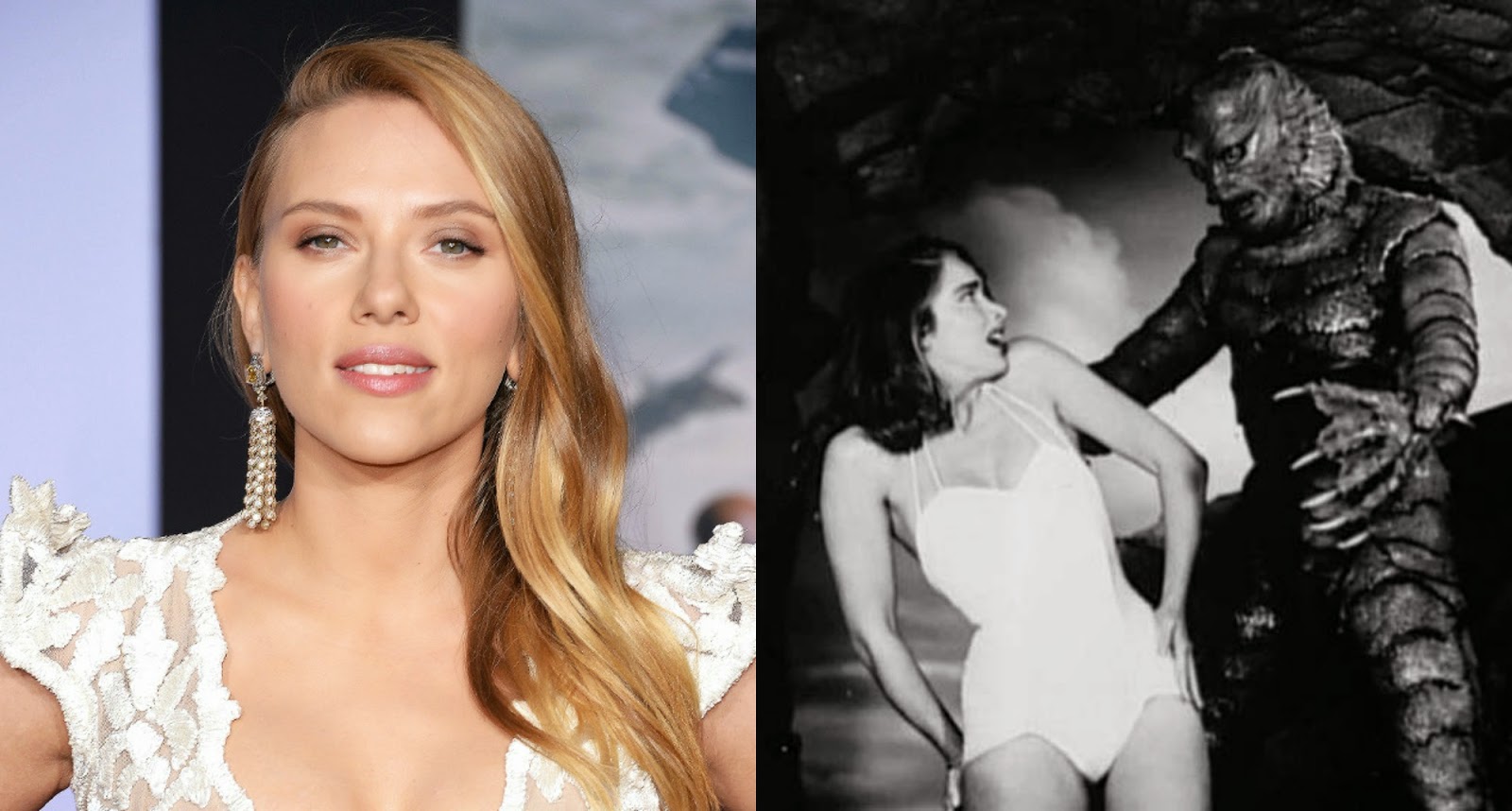 Word dropped on the Internet Thursday that Scarlett Johansson is being approached to star in the upcoming Universal remake of Creature from the Black Lagoon (click the link for the meager details). It took a bit of time for me, a devoted fan of the original film and the sequels, to formulate an opinion about this news.  But I'm okay with it, though I'll likely skip the film.  Like death, remakes of classic horror films are inevitable and as Universal Studio is looking to create a shared universe for their Classic Monsters, I knew the Gillman would end up in the mix at some point.

And the casting of Johansson isn’t a problem either.  If the rumor is true, and, as we all know, everything on the Internet is true (please insert sarcastic tone when you reread that statement), I think it shows Universal plans to deviate from the original in a big way and that wouldn’t be bad.

But let’s get this out of the way.  Johansson would be a bit of stunt casting.  I’m not saying anything about her acting skills.  But one has to wonder if Universal isn’t looking to entice male moviegoers to the film with the promise of the underwater ballet between the female lead and the Gillman.  I doubt the studio will cast Johansson and not have her swimming in a bikini during the scene, rather than a one-piece swimsuit or a wet suit, which would be more practical for a scientist exploring the depths of the Amazon.  Nope, it will be a two-piece suit and it will look fabulous. 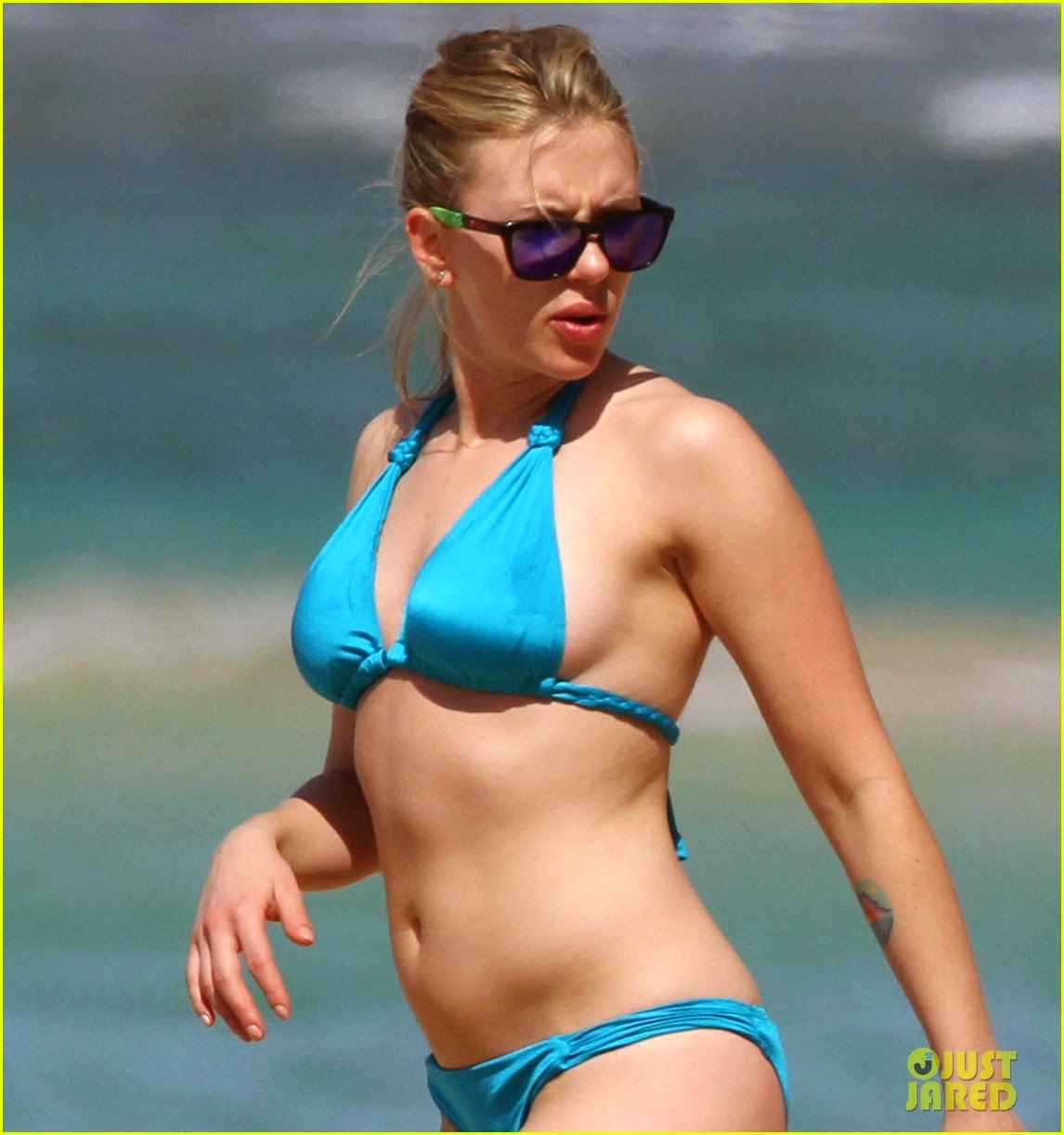 Yeah, this has NOTHING to do with the studio's casting decision.

Also, I think Johansson’s possible involvement spells a different direction for the remake.  If Universal is attempting to bring a star like Johansson into their Classic Monster Universe, the studio will have to rewrite the female lead.  As much as I love Julia Adams in the role of Kay, her character is a product of the 50s and will have to be rewritten to work in a remake.  And I’m sure Johansson won’t be interested in a script that reduces her character to a damsel in distress waiting to rescued (and upstaged) by a male lead during most of the movie.

A revamping of the female lead is NOT a bad thing in a remake.  Kay was a competent woman in the original, at least until the second act, when she turns into the hapless victim of a romantic pyramid between Mark, David and the Gillman.  For a modern remake, Kay’s character needs to be rebuilt, allowing her to be strong against the Gillman, even if she has a human romantic interest in the new film.  And such a character change can work, as proven by the remake of The Blob, where Shawnee Smith proves to be just as capable at battling the monster as Kevin Dillon.  I just hope the script doesn’t follow Peter Jackson’s King Kong remake, where the script tries to rationalize Ann’s affection for the creature over her attraction to her human suitor, Jack. 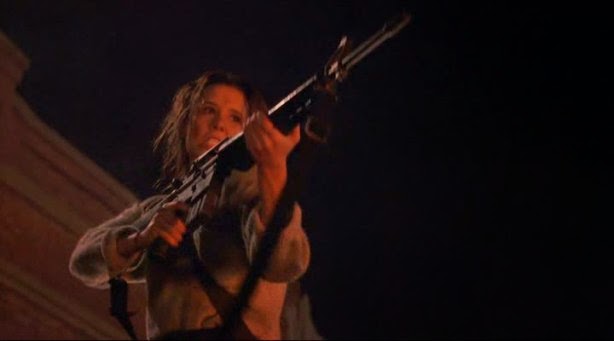 Yeah, she's screaming at the start of the film, but Shawnee turns into Rambo by the end.

Regardless of how Johansson character comes across onscreen (I suspect the character would be named Kay as an homage the original film, but will be nothing like Adams’ version), my problem with the remake stems from Universal’s previous announcement, and the release of Dracula Untold, indicating a shift to more of a superhero style film.  And that is the problem.  The remake will not be helmed filmmakers wanting to bring a respectful re-imaging of the original, but a group of people interested on creating a franchise.  Say what you will about Jackson’s Kong, one can see the love and respect he had for the original.  And the remakes of The Blob, The Thing and The Fly prove that filmmakers can make solid remakes while still paying tribute to the originals.

But turning the Gillman into a pawn in a universal struggle of good and evil monsters destroys the heart of the character.  With few exceptions from the Classic Universal Monster film catalog, the monsters work best contained to their own stories, rather than a titanic struggle of good verses evil.  The Marvel Cinematic Universe works because the comics laid out the foundation, pitting hero against hero until they united as a team to overcome an overwhelming threat.  The Universal Classic Monsters work best with their own stories, depicting their struggles to exist in a world that despises them, not as pawns in an epic battle against each other.

Whether the Gillman is on the side of good or evil is irrelevant.  The fact is, the Gillman works best as a prehistoric creature looking for a mate and not well versed in modern courting techniques.  Laugh all you want at that last sentence, but it’s true.  The original Gillman was too primitive in his courting techniques, even for the 50s.  And while David embodies the perfect man for the time, Mark is the creepy in-between for Kay’s affection, a predatory suitor hidden under the veneer of civilization.

And that’s what the remake should focus on.  Sure, Johansson’s character should be more suited for current times, and the remake NEEDS the underwater ballet moment.  It’s an iconic scene and must be included, regardless of the swimwear worn by the actor.  But I worry that, in order to make the film part of a franchise, the Gillman will end up tamed by Johansson and she will use her power over him to fight on the side of “good” in the inevitable final conflict film.  You don’t sign Scarlett Johansson to a single picture in a franchise, and I can’t think of any other way the series could write her into future films. 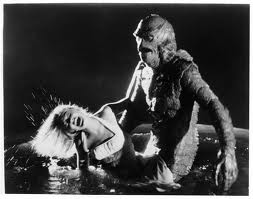 Yeah, just ask Lori Nelson how well taming the Gillman worked for her.

And yes, I ignored the CGI verse practical effects debate, as we all know the outcome.   I suspect most of the underwater sequences will be CGI “enhanced” as well, which makes glad to have the original trilogy on DVD.

Hell, even Zaat might look better that a CGI Gillman. 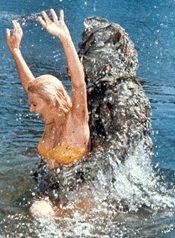 It would be easier to cheer for practical monster effects if I wasn't being groped by one.
Posted by Chris McMillan at 8:28 PM No comments: