If Daylight Savings Time has you feeling down, this edition of the Weekly Update will pick you up!


I don't know about you, but I hate Daylight Savings Time.  Especially since my day job starts at 6:30 am, and I just got use to riding to work with the sun coming up on the horizon, the birds chirping and watching the creatures of the night heading back to their lair. 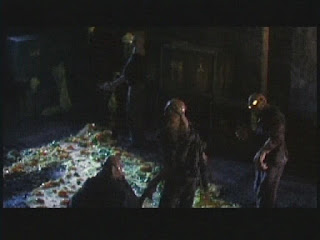 You really have to be careful when the C.H.U.D.s are heading back into the sewers.
Those suckers never use the crosswalks.

But as of Monday, I'm back to commuting in the dark, which throws my circadian rhythm off and makes me feel like a zombie fresh from the grave for the first few hours of the morning.  It takes a few days to readjust, but it's not a lot of fun feeling like I should still be in bed when clocking in for work.

If you're feeling the same way, perhaps this edition of the Weekly Update will help you cope with the infernal annual time change.  You'll find all manner of movies, cons, markets and stage events that might make getting out of bed a bit easier.

And be sure to check out the Horror/Sci Fi/Fantasy Calendar for all the great things coming to the Pacific Northwest in 2019.  I've added details on a screening of Lady Terminator in Portland later this month, the next VHS Uber Alles presentation, the AWESOME sounding Vampire Raiders Ninja Queen, coming to Seattle in April, an appearance by William Shatner in Spokane, WA this May, and MUCH MORE!  You know I'll find more to add, so keep checking back!!

Remember, you can have your event listed on The Shadow Over Portland by emailing me at shadowoverportland@live.com with the details and promotional artwork, and I'll take care of the rest.  Best of all, posting on the site is FREE!

From Ashland, OR, to Vancouver, BC, The Shadow Over Portland has you covered!! 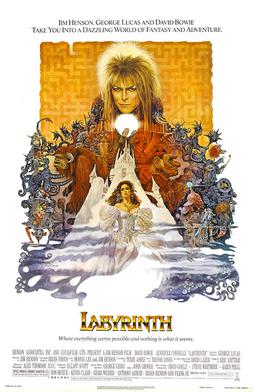 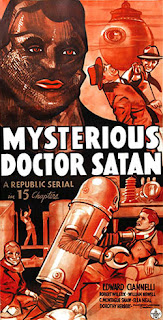 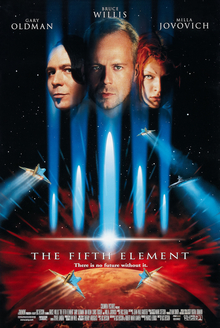 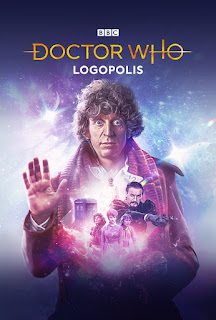 Fathom Events is bringing Logopolis, the 100-minute final adventure of Tom Baker's run as Dr. Who, to cinemas nationwide.  The presentation will feature new, updated special effects.  For more details, including the location of a screening near you and advance ticket sales, visit the Fathom Events website. 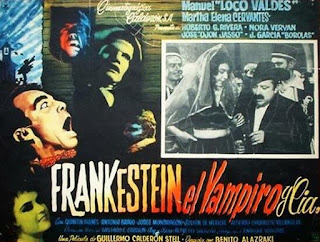 Weird Wednesday at The Joy Cinema and Pub (11959 SW Pacific Highway in Tigard, OR) screens Frankenstein, el Vampiro y Cia (Frankenstein, the Vampire and Company), a Mexican re-imagining of Abbott and Costello Meets Frankenstein, tonight at 9:15 pm.  Admission is FREE, but you must be 18 or older to attend.  And don't forget to stop at the concession stand for some tasty treats and beverages before the show!  For more details, visit The Joy Cinema website. 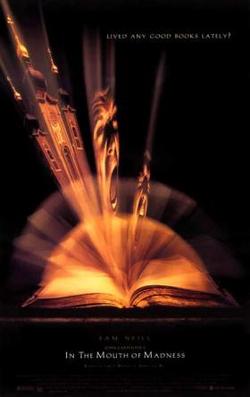 Get ready to fall In the Mouth of Madness, as Friday Night Frights brings John Carpenter's take on Lovecraftian Horror to the Blue Mouse Theatre (2611 N Proctor St in Tacoma, WA).  Showtime is 10 pm.  For more details, visit the Facebook Event Page. 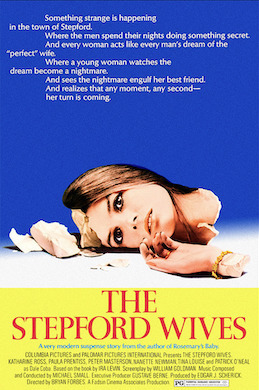 As part of the Feminist March programming at The Hollywood Theatre (4122 NE Sandy Blvd in Portland, OR), Queer Horror is bringing 1975's The Stepford Wives to the big screen in GLORIOUS 35mm!  The film will be hosted by Portland's premier drag clown Carla Rossi and features a preshow starring Portland's own 1950s drag housewife, Madame DuMoore.  The show starts at 8 pm.  For more details and a link to advance ticket sales, visit the Facebook Event Page.

The Friday Late Night Movie at the Rio Theatre (1660 East Broadway in Vancouver, BC) brings back the Oscar winning horror film Get Out tonight at 11:30 pm.  For more details and a link to advance ticket sales, visit the Facebook Event Page. 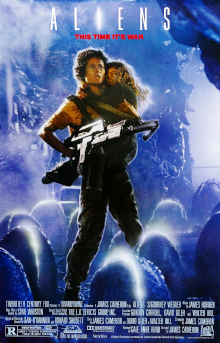 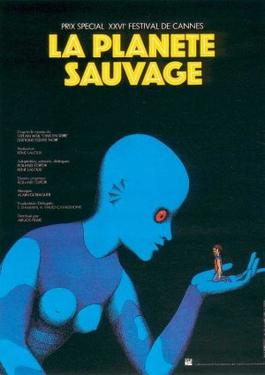 Sci Fi Extravaganza #19 brings the toxic zombie film Mutant to the Darkside Cinema (215 SW 4th St in Corvallis, OR) tonight.  Watch as Wings Hauser and Bo Hopkins team up to take on the zombies.  Yep, Hauser and Hopkins.  It works better than you think!  Admission is $5, which acts as credit towards delicious foodstuffs at the Darkside cafe.  The show starts at 6 pm, with cartoons, newsreels and other drive-in treats, with the feature starting at 7 pm.  Heckling is encouraged.  For more details, visit the Facebook Event Page.

Celebrate the vernal equinox at The Hollywood Theatre (4122 NE Sandy Blvd in Portland, OR) as Wyrd War presents 1970's Equinox tonight at 7:30 pm.  Sure, the plot is pretty standard, as four kids head to a cabin in the woods for some R and R, only to encounter supernatural creatures after finding a mysterious castle and open an occult tome.  But the film, cobbled together by nine-time Oscar winning special effects master Dennis Muren's experimental 1967 Super 8mm student film (co-directed with Jack Woods), features some amazing stop motion creations (provided by Dave Allen and Jim Danforth), and is a triumph of imagination over budget limitations.  For more details and advance ticket sales, visit The Hollywood Theatre website. 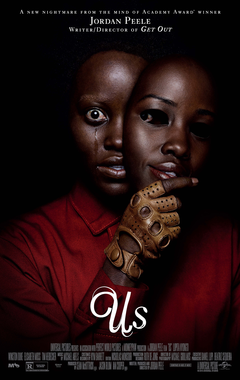 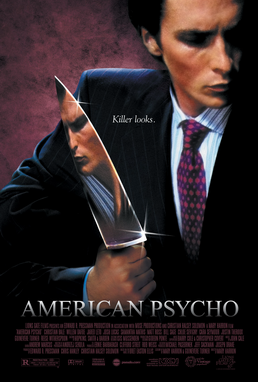 Us, the new horror film from writer/director Jordan Peele (Get Out), opens tonight at Cinema 21 (616 NW 21st Ave in Portland, OR).  The film is scheduled to run through Thursday, March 28.  For more details and advance ticket sales, visit the Cinema 21 website. 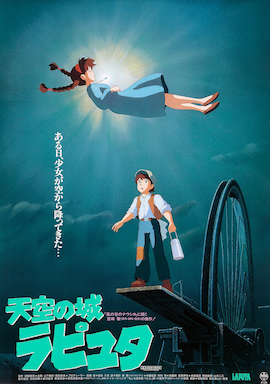 The Academy Theater (7818 SE Stark St in Portland, OR) presents the first Studio Ghibli animated film, Castle in the Sky, through Thursday, March 28.  For more details, including showtimes, visit the Academy Theater website closer to the opening date. 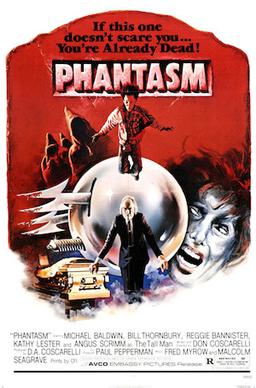 Ghostland Haunts brings their performance based literary series to the Bit House Saloon (727 SE Grand Ave in Portland, OR) tonight at 6 pm.  The event is presented in partnership with Rose Haven, a day shelter and community center for women, children and gender non-conforming folks experiencing abuse, loss of home and other disruptive life challengers.  Item and money donations are accepted during the event.  Admission is $15 and doors open at 5:30 pm.  You must be 21 or older to attend.  For more details, and a link to advance ticket sales, visit the Facebook Event Page.

Market Obscura II: Spring Equinox Market takes place from 1 to 7 pm at the White Owl Social Club (1305 SE 8th Ave in Portland, OR).  Admission is FREE, but you must be 21 or older to attend. The event will feature an eclectic mix of vendors showcasing the best wares from occult, sci fi, goth, mystic and nature-inspired aesthetics.  For more details, visit the Facebook Event Page.

The Witch Please! Market heads to Cryptatropa Bar (421 4th Ave E in Olympia, WA) to help you find the perfect dark art for your home.  The market is open from 1 to 6 pm.  For more details, including how to apply to be a vendor at the event, visit the Facebook Event Page.

Posted by Chris McMillan at 2:58 PM No comments: