iZombie looks nothing like the comic and that's a shame. 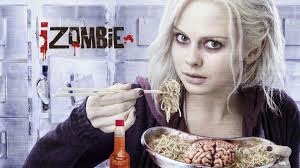 Okay, the first trailer for the CW show, iZombie, has dropped and I can't say I won't watch it for a while.  But it looks nothing like the comic and that's a damn shame.  The trailer is below:


Okay, aside from changing the setting from Eugene to Seattle, or that her name is now Liv, the series keeps the basic premise.  Liv must eat brains and, in doing so, gains the memories of the people whose cranium she's digging into.  That bit is from the comic, but my problem is the trailer suggests that little else has made it into the series. 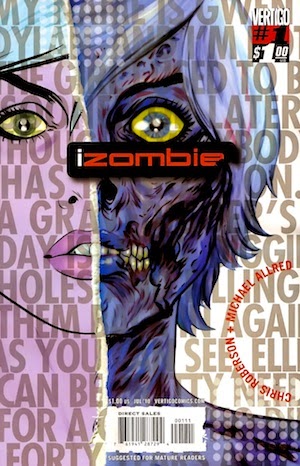 Yes, Gwen/Liv is gorgeous in the comic, when you don't see her zombie side


In the short lived Vertigo comic, Gwen is a grave digger in an "organic" cemetery (no formaldehyde), which allows her access to the monthly dose of brains she needs to keep from going "full Romero."  She gains the memories of those whose brains she consumes, but the comic is less a police procedural and more an entry into cosmic horror, as Gwen discovers her role in defeating "Xitaiu, a soul-devouring monster from beyond space and time."

She's aided by her friends, Ellie, a ghost who died in the 60s and is stuck haunting only the places she'd seen when alive, and Scott, a were-terrier (no, that is not a misspelling).  She also meets vampires, mad scientists, a holy order hell bend on killing the creatures of the night, and the Dead Presidents, a government sanctioned group of monsters fighting to stop the apocalypse.

Come on, a ghost, vampires, demon hunters and a were-terrier in a TV show would be a rating hit


That's a very brief summery of a complex story, full of under and over souls, a talking chimp and some really wacky stuff.  Probably not the storyline that makes for a good TV show, especially as the series ended after 28 issues.  But it's more interesting than a standard police procedural.

And I think a decent writing team could have crafted something better than what the trailer hints at.  Instead, it's as if the CW mashed together their other two DC comic shows and forced iZombie to fit the mold.  We have the hero, the coworker who knows her secret (Arrow), the clueless cop who will figure it out eventually (The Flash) and, just for some romance, a hot zombie dude.

Okay, that last one was a WHAT THE HELL moment for me, as the comic's other zombies are the basic walking dead we all know.  So this idea was obviously forced into the story to generate, I don't know, a Vampire Dairy vibe, I guess. 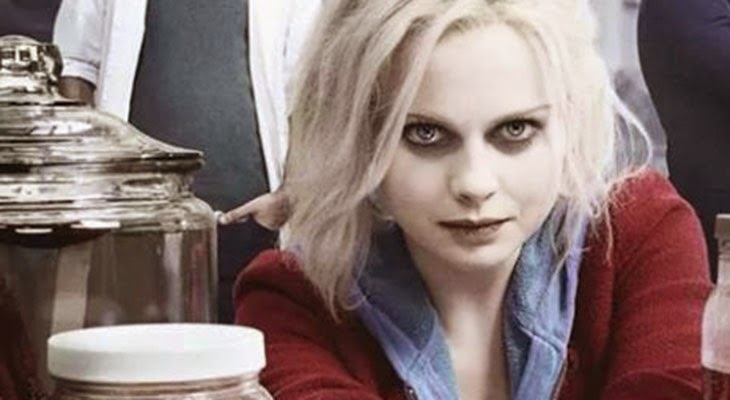 Yeah, because TV executives need to let you know even a zombie girl is hot by setting her up in a living/undead love triangle.  God, I really hope that doesn't happen.


As I said, I'll give it a shot.  Hey, it may surprise me, but I suspect I'll give up after a few episodes.  Which, as I mentioned in the headline, is a shame, as the comic is exceptional.  Writer Chris Roberson and artist Michael Allred crafted one hell of a tale, and If you haven't read it, I suggest you do before the show premieres in March.  I suspect iZombie might not do a lot to interest in one of the more interesting, and unusual, zombie comics published.
Posted by Chris McMillan at 8:29 PM