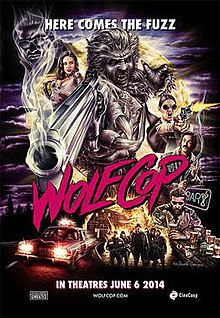 I was very lucky to have turned 18 years old back in 1979.  Before that time, I was watching horror films on broadcast television (thankfully, some were uncut, even on Saturday afternoon, so I got to see some of the mayhem major networks would censor).  My folks weren't fans of the genre, so I could never get them to drive me to a theater to see the latest horror film, let along go with me to the R-rated ones.

Okay, before I go further, this is not a rant against my parents.  They didn't like the genre I was enamored with and wouldn't have sat through the stuff I wanted to see.  And, in their minds, a child shouldn't be exposed to the horrors shown on the big screen.  But they had no problem letting me read books like The Exorcist, or the novelization of The Omen, to name a few.  And they accept my love of all things gory, spooky and macabre, and fill their DVR with films I can't see on cable (as I don't have cable) whenever I visit them now.  They accept me as the weird one out of their three sons and are happy to indulge my strange tastes, and I love them for it. 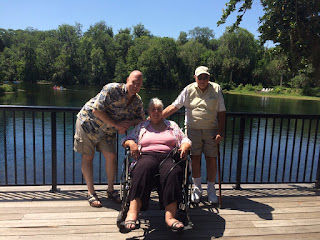 Hey, they kept Sharknado 3 on their DVR for over eight months so I could see it.
And they drove me to Silver Springs so I could visit the Black Lagoon.
But that's a tale for next month.

Where I am going with this is, once I could drive myself to the local triplex, I was able to see a lot of low budget cult classics that would show up for a one week run at the local triplex.  Zombie, Humanoids from the Deep and other such "low brow" offerings would show up to fill space between the more mainstream films, and I attended a lot of them.  Also, it was a time where theaters could screen Unrated films without the MPAA cracking down on them.

It was a wonderful time, and I'm sure, had it been made back then, I'd have seen Wolfcop at the now demolished Hazel Dell Tri-Cinema back in the 80s.  A glorious exploitation film from Canada, Wolfcop is everything that was right about 80s horror.  It was an original idea (not another Freddie or Jason film), with lots of gore, a bit of nudity, and enough goofy humor to make me long for those days sitting in the theater with a bunch of friends, not knowing what we were going to see, but knowing it would be something really weird.

Yes, it's a Wolfcop with a machine gun.
You know you have to see this movie now.

The story takes place in the small community of Woodhaven, which hosts a yearly Drink and Shoot, has a radio station sponsored by Liquor Donuts (seriously, Portland, why is this not a thing?) and has a police force of two officers, Sergeant Tina (Amy Matysio), officer of the month for what appears to be years, and the chief.

Oh, there is a third officer, Lou Garou (Leo Farfard), but he's a severe alcoholic and barely hanging onto his job. Oh, and yeah, if you didn't guess who the Wolfcop is by his name, you're probably reading the wrong blog. Seriously, that's how he gets his exercise.
Flask curls.


Sent to investigate occult activity in the area reported by the local gun store owner, Willie (Jonathan Cherry), Garou dismisses it as some heavy metal fans.  But, ordered to follow up on a second disturbance, he finds the current mayoral challenger strung up on a tree.  He's knocked unconscious and wakes up the next morning with bizarre flashbacks to the previous night, heightened senses and a pentagram carved into his torso.

Garou also has a sudden interest in police work, after the body of the upstart candidate is found dead of a possible drug overdose, with animal bites on his neck.  This leads the current mayor to cancel the upcoming Drink and Shoot, but Garou discovers the event has been cancelled during every Lunar Eclipse.

Oh, and the next one is just days away.

After a day of surprisingly productive police work, he heads to the local bar.  Jessica (Sarah Lind) suddenly shuts her establishment down for the night, while offering Garou a few free drinks and the promise of a bit more intimate time after she's done cleaning.  But Garou has to make a hasty retreat to the men's room, where he finds himself transforming and fending off a group of attackers. Well, if this was your bartender,
who wouldn't be a bit distracted?

Garou awakens chained to a bed at Willie's house, with the gun shop owner telling him he turned into a wolf.  Garou agrees to be restrained in a jail cell that evening, where he again transforms.  But, as a call comes in concerning a robbery by a gang wearing pig masks, Garou answers the call, despite Willie's protest that, "You're a Wolf."

"Cop," Garou replies and the movie kicks into full, furry fury.  And it is gory and SO MUCH FUN!

I'm stopping here, and will admit I've left a few plot point out of this summation, as viewers should really check it out and enjoy the ride as the mystery unfolds.  And it's a glorious ride, with practical effects, a sweet Wolfcop upgrade to a standard police car and a few twists along the way.  And, given it's a 79 minute film, the script is so smart and so rounded out, you'll wonder why Hollywood blockbusters take over two hours to tell a story.

Let alone fail to deliver so much GORY FUN!

For example, the script is chocked full of Big Bad Wolf references.  But even better is that screenwriter/director Lowell Dean delivers both Tina and Garou's motivation without a massive exposition dump.  The script explains who the main characters are, and why they are behaving as they do, without slowing down the story.  It's a beautiful example of how to explain why a character acts as they do without stopping for a lengthy scene to spell things out to the audience.

And it's nice that Garou's nature doesn't change with his transformation.  It's hinted that booze is to him what spinach is to Popeye, and that's all that we need to know.  No over explanation, no over theorizing, just a quick couple lines which allows the audience to just go with the reality the script has set up.

Seriously, the script is that smart.  And Wolfcop shows how a low budget film can deliver, without a ton of money and numerous rewrites trying to make sure the audience "gets it."  Dean just tells his story and trust the audience will follow along, a nice change from many screenplays that pound into the audience's head what's happening. 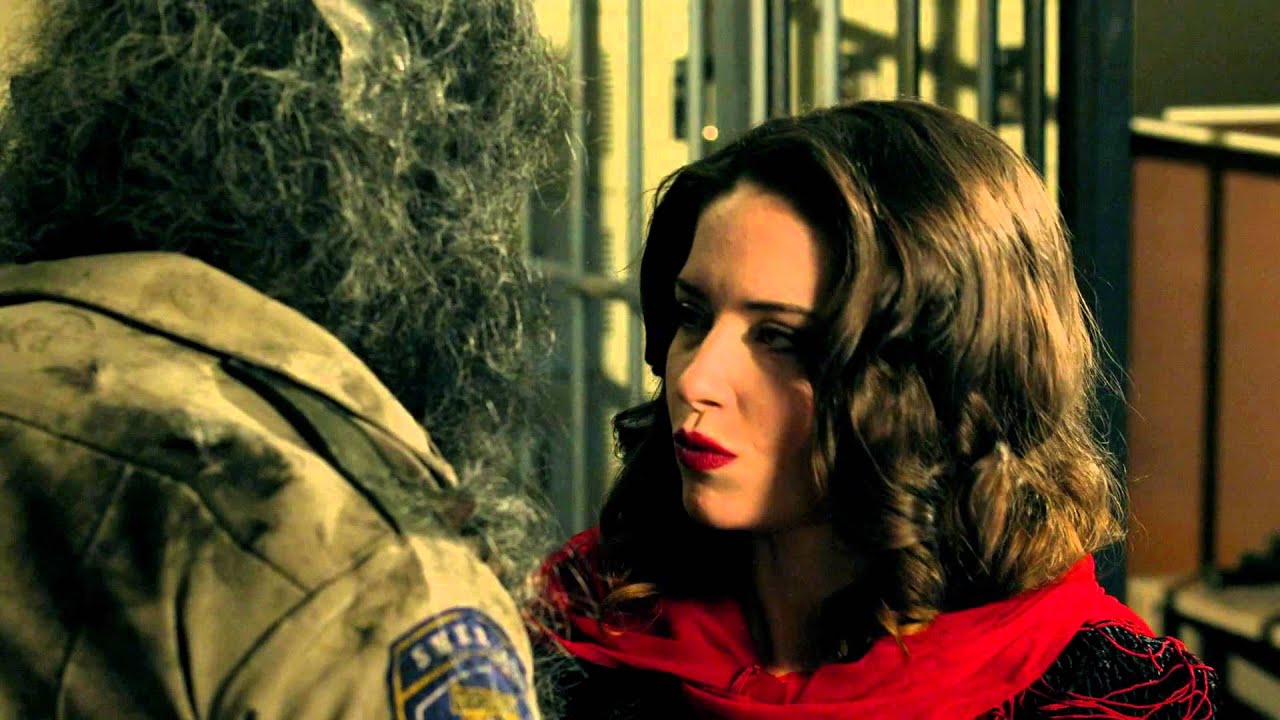 Okay, if you don't get the fairy tale reference at this point,
you're watching the wrong movie.

My only complaint with the film is we don't get enough Wolfcop.  But, as it's an origin story, things need to be set up.  I'm hoping the proposed sequel remedies that problem, because a Wolfcop is an awesome idea.  And the mythology is set up in the first film that can take the characters in many different directions.  The hints of a bigger baddie (or group of them) is enticing enough to keep me panting for the sequel.

Seriously, check this one out before the upcoming sequel.  You'll be glad you did.
Posted by Chris McMillan at 7:03 PM